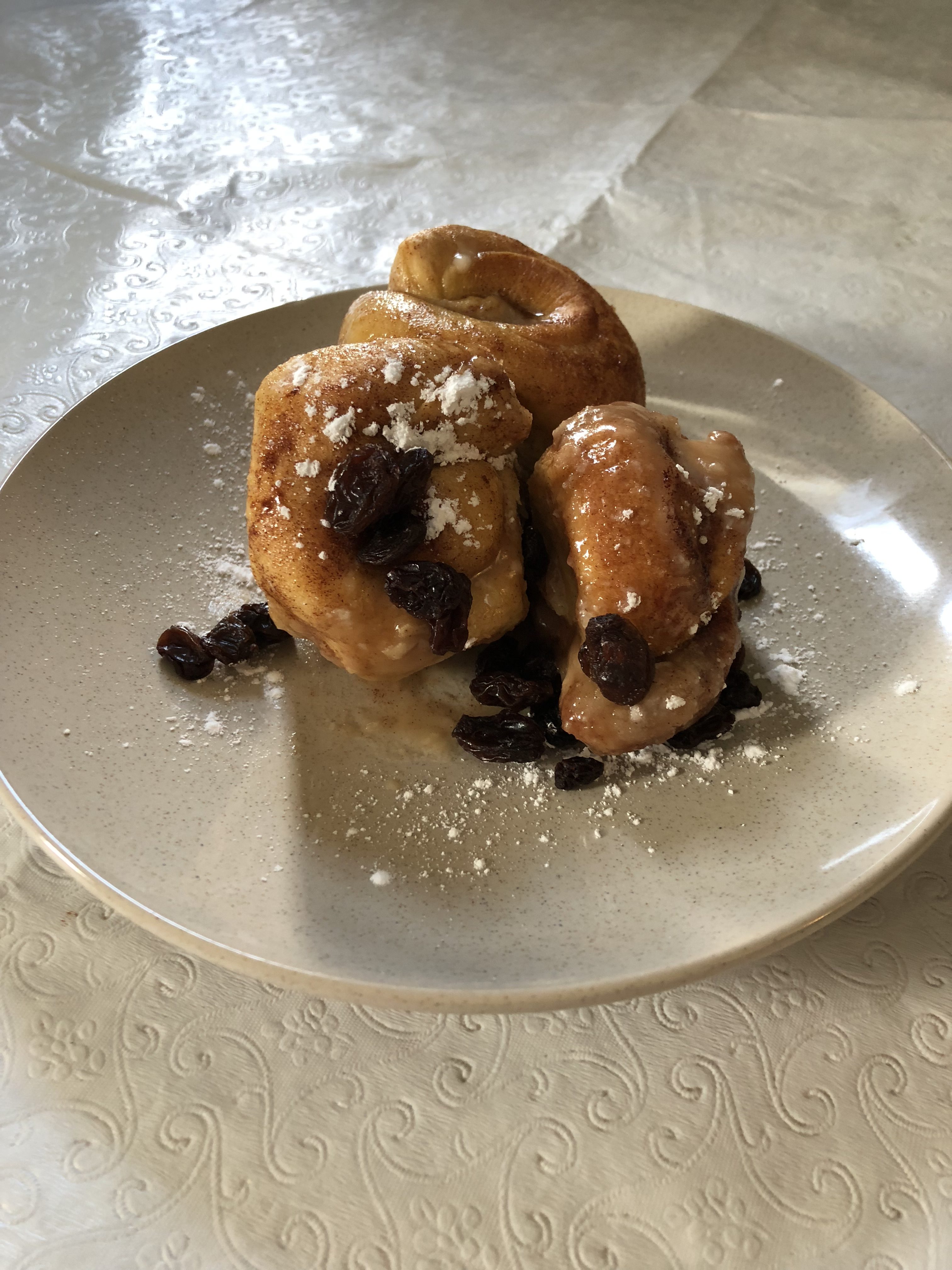 Ingredients for the buns:

Ingredients for the glaze:

Preheat the oven to 350F

Mix butter, cinnamon and sugar in a bowl

Slice the raw loaf in half and separate the strands of dough creating 12 little strands.

Place each bun touching in a rough 9″ pan

Bake at 350F for 30 minutes or until browned on top

Let the buns cool for 20 minutes and then pour the remaining glaze over the cinnamon buns!